If you don't feel like listening to me ramble about my weight and are just here for straight to the point Fat Fast Information, feel free to skip to where it says "Nutritional Ketosis" in bold

So here's the deal with me and my weight.  Right now I'm far from the fattest I've ever been....but I'm not the lowest I've ever been either.  Even though I live a low carb lifestyle, I've managed to put on a few LBs.  Mostly because of far too many cheat meals and not cracking down hard enough between those cheats to take it all off.

It all started in November.  For our 1 year anniversary we went on vacation and I went hog wild....which I think is totally allowed. It is vacation after all.  Then I came back and decided it was no big deal for me to keep eating bad since Thanksgiving was right around the corner. That is a DANGEROUS state of mind to get into. Especially considering I have the body type that puts it on fast and easy but loses it slow and hard.  I so envy those who don't gain as quickly as I do.

After Turkey day it's only a few weeks until my birthday, then Christmas, then The Boys' birthday, and finally New Years.  So basically I went on a 2 month binge and ate copious amounts of grilled cheeses on sourdough in that time.  The result....a 10 pound fluffier me. That put me at a whopping 144 pounds

As soon as I manage to take some off,  I cheat for a day...which quickly turns to 3 days...which turns into gaining back that weight plus a little more.  Then I lose it all again and the cycle starts all over.

As of Tuesday July 3rd, I was 137 pounds.  That morning we left on a mini trip to my husbands college town for a concert and a walk down memory lane.  Of course memory lane includes stops at all of his college eats which of course are never healthy....but oh so delicious 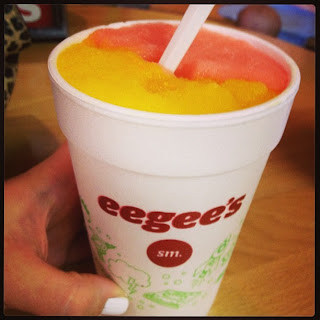 I had fun, but came back feeling fat and "over it" I was ready to detox the carbs and crap out of my system.  Those 3 days brought me up to 142....a 5lb gain.  Crazy right??  My body goes completely wacko when I eat the SAD diet.  I know that those 5 lbs weren't straight fat...in fact I'm sure more was bloat than actual fat because within 2 days I had gotten myself down to 140.

But I still felt like I was in need of a good kick start...I wanted to hit the reset button and get myself into a deep ketosis.  This meant trying something new...a 5 Day Fat Fast

If you've never heard of it I'll do a quick and very simplified run down.  Basically when you are on LC you almost never count calories.  I NEVER have in the time I have been on it and that's what I love about it.  I counted calories in the past and sure I lost weight....alot.  But I was a freakin lunatic.  I have never been so obsessed with food as the time I counted calories. It consumed my every thought and put me in a really messed up state of mind.

That is the difference with a Fat Fast, or Nutrional Ketosis.  It's the one and only time in LC that you restrict calories.  For 3-5 days (I did the full 5) you eat 1,000 calories per day.  The catch is though that you are aiming for 90% of your calories to come from fat.  Sounds easy?  Not quite.  Not that it's hard but it definitely takes some tweaking and getting used to.  Any little bit of protein or carb can really bring down your percentage.

That is why I HIGHLY suggest using a program such as My Fitness Pal to enter in all your foods.  It will calculate all this for you which makes things sooooo much easier!  I also suggest having a sort of meal plan in mind and entering it into your system the day before. That way you can adjust and tweak things to get as close to the 90% as possible.  Like I said, just a tad more protein (like a mere 1 slice of bacon for example) can bring you down a whole percentage.  If you waited to enter things until after you already ate them you may not reach your goal by the end of the day. Entering it ahead of time you will see this and know that you need to take away that extra piece of bacon.

The original Dr. Atkins guidelines suggest eating (5) 200 calorie "meals" per day.  That wasn't quite feasible with my job so I added my snack to my lunch at work so one meal was actually 300 calories....do what works for you.  But for the sake of the basics I will be writing it in my menu as a snack 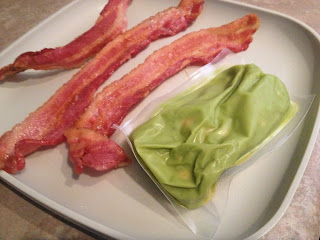 This brought me to a grand total of 966 calories and 88% fat percentage for the day.  Not too shabby for a newbie 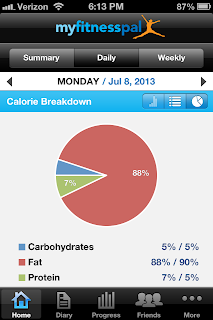 This was the hardest day by far....but still wasn't as hard as I thought it would be.  This was the only day of the 5 that I was off of work so that combined with it being day one anyway I was a little more fixated on the lack of food than any other day.  I just suggest keeping busy.  I also highly recommend the broth with the cream  Broth not only balances out your electrolytes and helps cure headaches, but it was WAY more delicious than I expected. Kinda like drinking the juice of a creamy chicken Ramen package...yum!  It was a nice little night cap

Breakfast: Fast Fast coffee 232 calories
Lunch:2 oz cream cheese with 2 stalks of celery (I upped the celery to 2 so it would take me longer to eat my lunch at work and I would appear more "normal" and get less questions from people...it worked) with Tony's creole seasoning on top 210 Calories
Snack: 1 oz. Macadamia nuts 200 calories
Dinner: 4 slices bacon and 1 package of Wholly guacamole 260 calories
Snack: 1 cup chicken broth with 2 tb heavy cream 110 calories 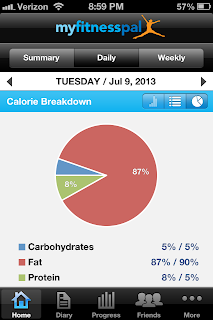 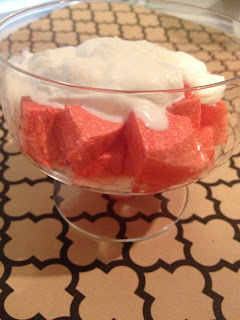 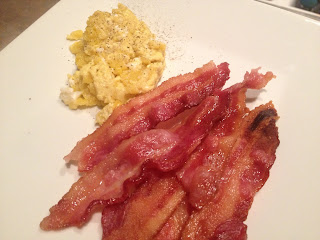 This really is only 3 slices of bacon, but I cut them in half before cooking.  Something about having to pick up 6 slices as opposed to 3 really tricks you into thinking you're eating more 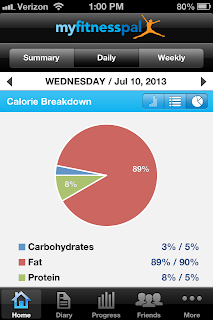 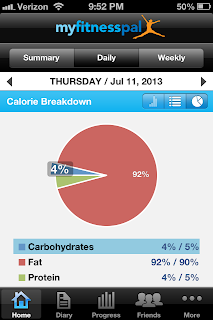 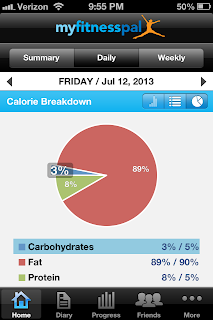 So that completes my 5 day menu.  It's not as bad as you may think...don't be scared!

I ended this experiment feeling great.  I was in a deep ketosis and my stomach had that internal "flat" feeling  (it sure as hell isn't totally flat on the outside lol) from not having any junk left in it at all.  It was the perfect detox for a low carber.  I think I will use this after vacations or special occasions where bad eating goes past a day or so.  It is a good reset and gets rid of all your bad cravings.  It's so funny because while I was doing this I wasn't craving bad food in the least.  I just kept thinking...man I could go for a salad and scrambled eggs right about now!  It really makes you appreciate your regular low carb fare.

On a sort of TMI note...I do think I would have weighed in less, but I was a little backed up if ya know what I mean ;)  I already suffer from that in general and if you think about it the week really lacked my normal ruffage.  I'm sure I had another pound or 2 of shit in me lol

I hope this helps you embark on your Fat Fast....do it!!!


UPDATE: I have had a few people ask me how much weight I gained the following week after returning back to my regular low carb diet.  The answer to that is none.  In fact, I lost .5 pound that week.  So while I didn't lose as much weight as I've read some people have doing a fat fast (I lost 4lbs, I've read others who have lost 6 or 8lbs for example) I didn't gain any back immediately either.  Most (from what I have seen) lost say 6 but gained 2 the following week for a true loss of 4.  I lost the 4 and didn't gain....so I will take it.

Boil 1 cup water and add the gelatin and cream cheese.  Whisk until everything is melted.  Add 1 cup cold water.  Pour in pan and let set up in fridge.   Makes 4 servings at 59 calories each