How to Make a Mesh Wreath Without a Wire Form

So wreaths are one of my "thangs"  It's up there with  cool cups, ornaments, and shoes.  I can never have too many!

I think right now I even have somewhere over 20 wreaths posted on my blog already.....it's a situation here in our house.

I've seen so many adorable wreaths all over Pinterest....but holy crap they can be expensive to make! Just because they're homemade doesn't mean they're cheap.  And at over 20 wreaths under my belt it would add up to a small fortune.  That's why I like to keep my wreaths $10 and under....sometimes they only even cost me a few bucks.

I keep the costs down by not ever using the typical forms that people buy like the foam or wood ones. I always cut mine out of cardboard boxes....which are free....which is perfect for a cheap ass like myself.

My sister Bree found a bunch of mesh on clearance that perfectly coordinated with the color scheme we had for a party coming up.  So problem #1 was solved but there was still the issue of the wire form

After researching alternate ways I realized there wasn't one.  I'm sure there is somewhere out there.....but it definitely isn't well known enough that I could find anything.  Every single tutorial I found required the wire form. So that meant coming up with a solution myself 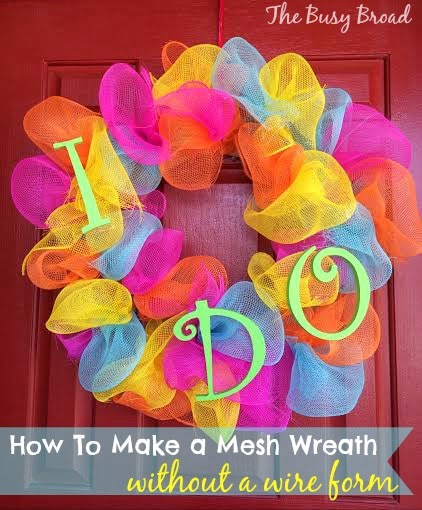 Cut your mesh into strips.  I had the long rolls of mesh so I kept the length the same as it came and cut it maybe 6-8inches wide.  (Just a guess, I didn't measure) 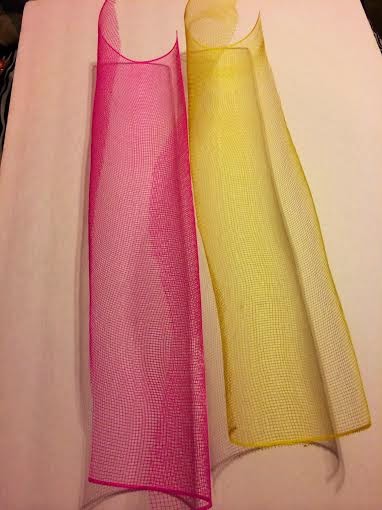 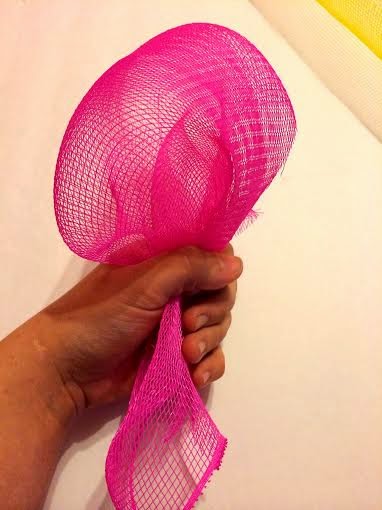 Do the same to a different color and pair them together. Fold up some of the loose bottom parts and rubber band them in the middle to create what I was calling "bouquets" 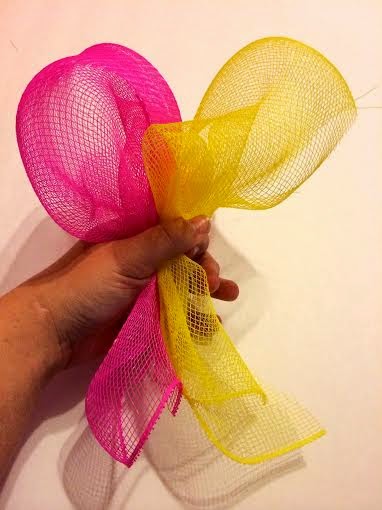 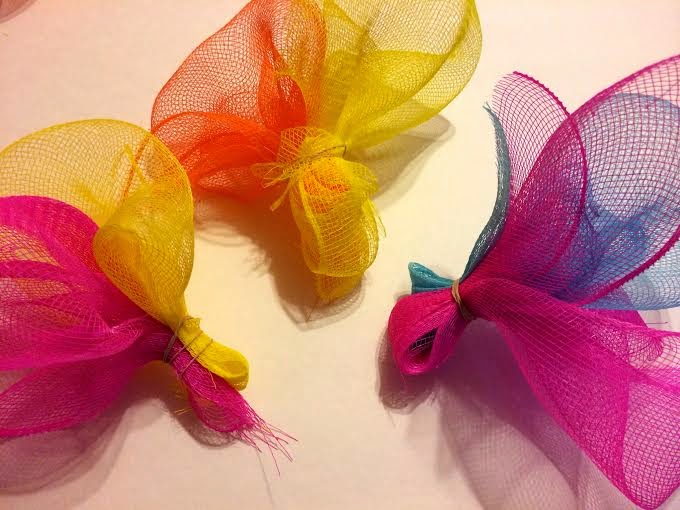 The reason I folded the bottoms up was so create a sort of flatter bottom so they would be easier to glue down and also to make a messier less perfect look.  I like the raw edge poking out randomly around the rounded bouquets

Take your bouquets and glue them onto your cardboard circle.  It took me about 15 of these to fill mine the way I wanted 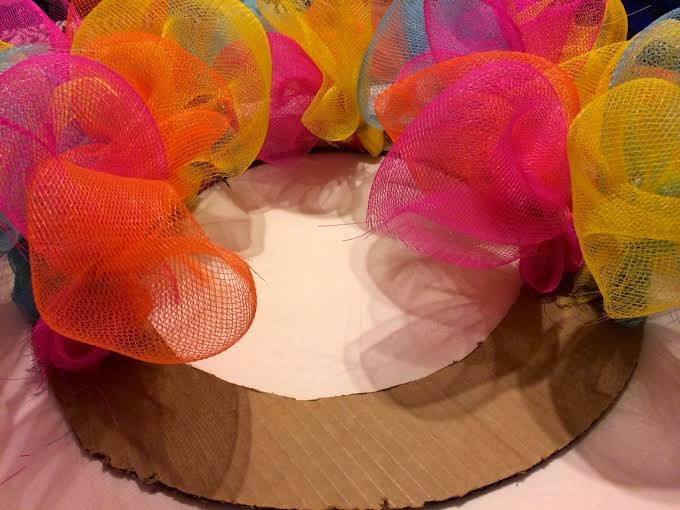 Before I started I debated wrapping the cardboard in some of the mesh or painting it a coordinating color.....but I got lazy and just went for it.  It turned out ok....you could only see the cardboard through if you got super close.  But next time I'll try not to be lazy and see if it makes a big difference or not

And that's it! Decorate it as you normally would and your done! 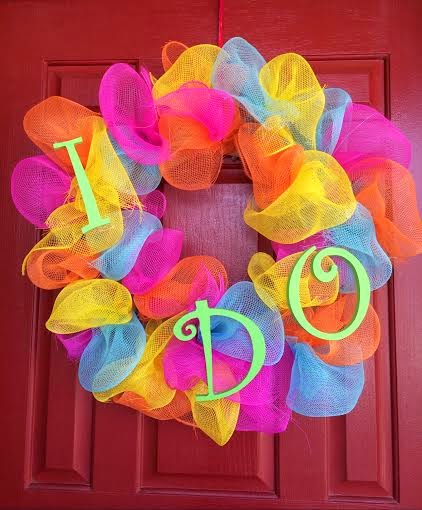 Not too shabby for on the cheap