It's time for Recipe #2 of  The Encyclopedic Cookbook Recipe Series!  If you don't know what that is, I'll give you a quick rundown.

Hopefully that was fast enough while still getting all the deets relayed.

So I tried to ease y'all in the first month with a simple soup recipe.  Granted simple also meant bland AF, but simple nonetheless. Really though, as I have flipped through the book I have been hard pressed to find any recipe that doesn't make me go either 😲 or 😕

Food back in the 60s was a little sketchy.

I had been eyeing a few recipes as potentials but I gotta be honest, I ended up going with this one because the end of February really creeped up on me (this month just really does that to ya doesn’t it?) and I had everything I needed to make this recipe without a trip to the store...score!!

So I present to you, “American Kedgeree”  A combination of kidney beans, potatoes, curry powder, and hard boiled eggs.  If that doesn't make your mouth water I don't know what will!😜 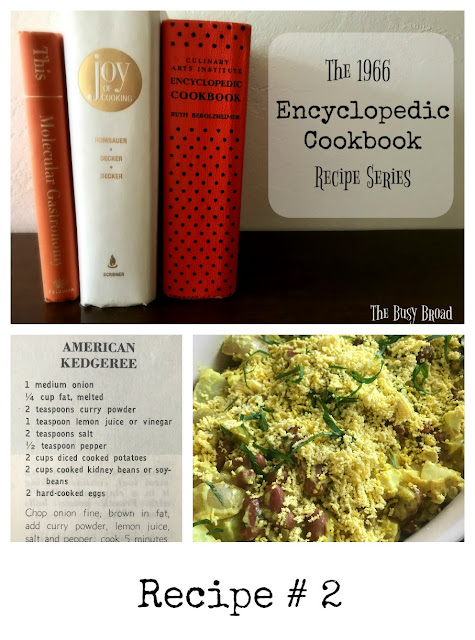 Upon a little research, I found that Kedgeree is a British dish that traditionally consists of flaked fish, rice, curry powder, and hard boiled eggs and is usually eaten for breakfast.   This "American" version subs beans for fish, potatoes for rice, and the whites of the egg are chopped and mixed through while the yolk is finely sieved over the top.

So I got to work making the dish following the series rules of sticking to the recipe.  The recipe gave the option of adding 1/2-1 cup of cream or sour cream, so I added 3/4 c. of sour cream. I'm surprised this part was "optional" because it seemed necessary to me to bring everything together in it's sauciness.  I feel it would have been dry and hard to get the flavors to meld together without it. 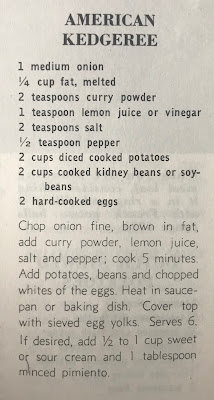 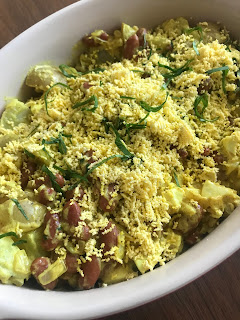 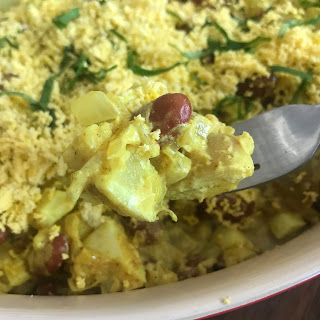 The verdict?  Surprisingly good!  I certainly wouldn't be requesting it for my last meal on death row (I also don't have plans to make it to death row) but it was tastier than I imagined the combination to be.  Versus the soup from last month that was a bit (or alot) bland, this dish actually had some decent flavor!

Join me next month as I dive deeper into the weird culinary scene of 1966
Posted by Whit at 6:35 PM No comments:

If you follow my Instastories you might know the backstory of this book. For those that don’t, I’ll explain.


One day, I was cruising the thrift store as I often do, and a book caught my eye.  All I saw was the spine but the color and style just instantly drew me in. 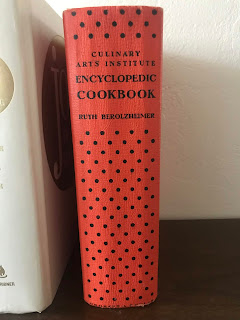 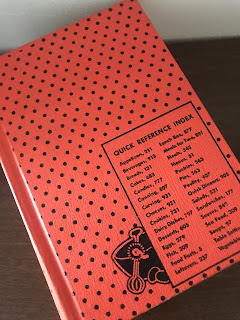 I pulled it off the shelf and chuckled that it was a cookbook “The Culinary Institute of America Encyclopedic Cookbook” to be exact.  Even crazier was that when I opened it I saw that it was from 1966…..1966 you guys! 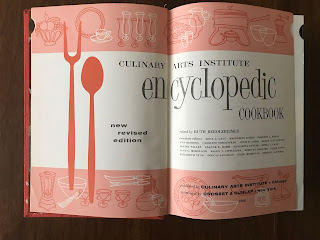 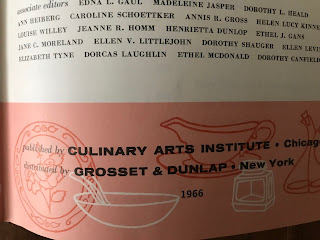 So, what’s so significant about 1966?  Well, first of all I’m obsessed with all things mid century to begin with.  I love the style, the history, the pop culture...all of it!  But 1966 has specific significance because that is the year our house was built.  I had told The Boy I wanted a collection of periodicals and books from that year to fill our coffee table and built ins as a nod to the history of the house.  So of course this meant Goodwill got my money REAL fast!


I was showing the book to The Boy and as we admired it’s great condition and the odd recipes in it (Calf’s Brain Fritters anyone?) when he came up with a great idea.  Why didn’t I do a Julie & Julia style series where once a month I cook and blogged one recipe from the book for the whole year of 2019. 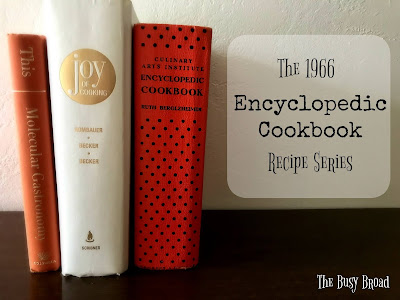 
1.Cook one recipe a month


2.Must follow the recipe to the T. No adjusting allowed! 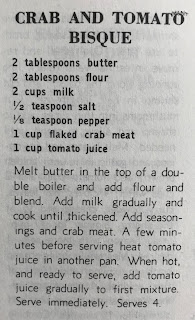 So here’s the thing.  I was already taken aback by the simplicity of the recipes as a whole.  They have so few ingredients and it sort of blows my mind!  Like this soup contained no garlic at all…. say whaaaaaat?? But I followed the rules and it was….meh 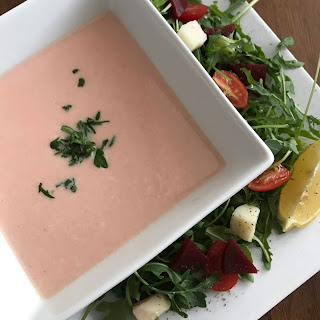 Not bad per say, but bland.  And I was really surprised at how PINK it was. Like that is not a filter...it's really that pink. The ratio of dairy to tomato is different than what I would have done that it looks like your slurping down a big bowl of Pink Squirrel 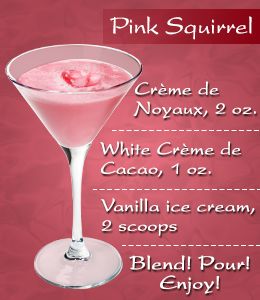 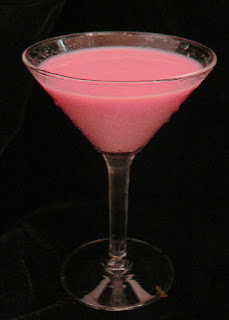 I look forward to sharing 11 more vintage recipes with you.  The weird and the good (I hope! lol) 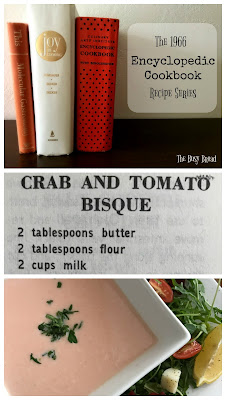