If you're still trying to decide what to do for the centerpieces at your reception....I have some ideas for you

First off....my venue provided ALOT.  I know not everyone has the luxury of that from venue to venue but luckily mine let me come in and hand pick what I wanted out of their inventory

The first one I chose was this big candelabra with hurricanes 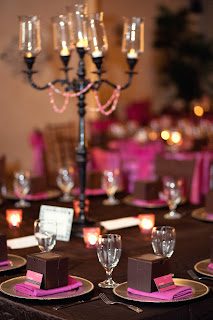 It was so funny because the owners of the venue were super pumped when I decided to mix up the traditional round tables that seat ten with these big square tables that seated 12.  I guess not many brides before had chosen it and they were excited to finally get to break them up

Then for the round tables I did this..... 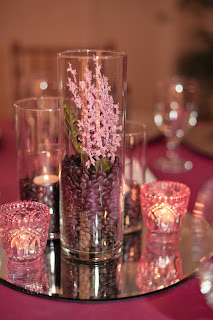 The venue provided the mirrors, the vases, and the coffee beans.  They just told me to have my florist bring extra flowers for the vases....but since I didn't have a florist and made my own coffee filter rose bouquets I bought these from Hobby Lobby 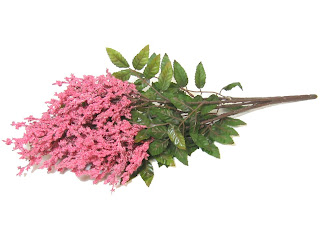 And funny story behind those cute pink candle holders.  I saw them at Michaels over in the $1 bin a few months before my schedule decorating meeting with the venue.  So without having any clue what stuff they had to offer or what I would do with them I bought them knowing I would figure out something.  I went to 3 locations myself and sent my sister to one as well and bought every single pink one I could find.  I basically wiped out all the Michaels of West Valley Phoenix

As I was in the meeting with the venue owner for my decorating meeting I saw they had the same ones on their shelf but in green.  I told her "oh I have these same ones in pink!"  She goes..."did you buy them at Michaels?"  Of course I said yes.

She then says  "Oh so you're the one who bought them all!"

Apparently one of her employees saw them and reported back to her that they should buy them because they would be a good thing to add to their decorative inventory....but by the time they got around to going to buy them a few days later all the pink ones were gone.

I was the hoarding culprit.  But its every bride for herself man!  What was I supposed to do?

It actually worked out swimmingly though, the still wanted them so badly that they offered to buy them from me as soon as the reception was over for exactly what I paid.

They got what they wanted, I got paid back every penny I spent, and it was one last thing to get packed up and brought  back to my house.  Win, win, & win!!

Another shot of the centerpiece 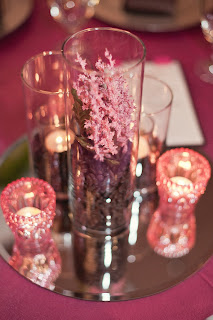 Oh and apparently I bought waaaaay more of those flowers then were needed, so they took it upon themselves to add it to the chairs at the ceremony which I loved 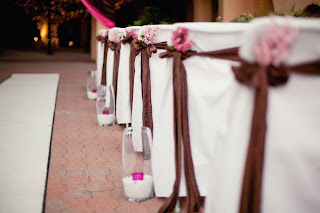 Moral of the story here....don't rule out cheap things like coffee beans and always check dollar bins!  You never know what gems you may find

Email ThisBlogThis!Share to TwitterShare to FacebookShare to Pinterest
Labels: Weddin