Incorporating Your Pet Into Your Wedding 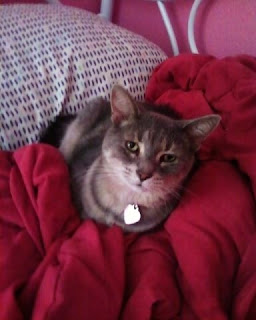 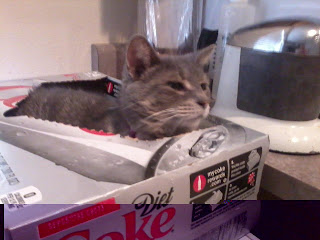 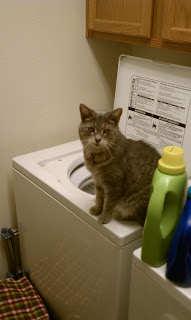 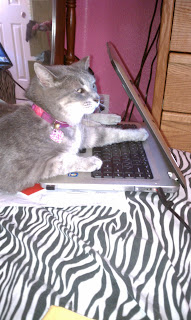 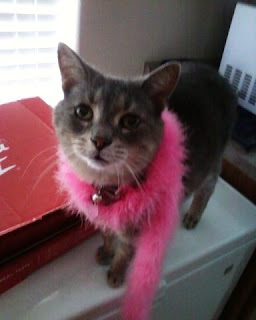 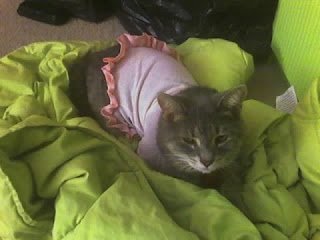 Mo Mo is the love of my life....next to my husband of course....but she did come first.  In fact when we were newly dating he used to get jealous and say I gave her more attention.  Then he moved in and discovered the love that is Mo.  Can't blame him really....he'd never had a pet before so he didn't know the love of a child.

Now they are two peas in a pod. 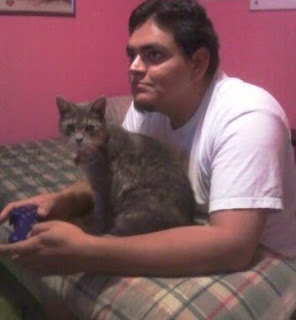 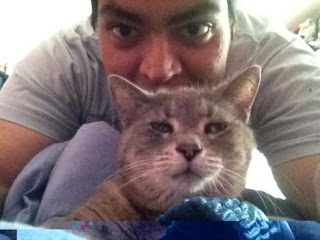 Considering how in love we both are with her, it would seem wrong to not have her included in our big day.  Like I said in a previous post, in my delusional dream world she would have jingled down the aisle as a flower girl.  But you know that phrase about herding cats?  Yep.... that phrase exists for a reason.  Homegirl can't be told what to do!  She do what she want!

Years ago I tried to train her to walk on a leash but she would just lay down.  So I tried following the directions that said to just hook the leash on and let them walk freely or lay and sleep with it on just to get them gradually used to it without you holding the other end.   Well that didn't work out either.  Mo  is a mostly indoor cat.  She goes outside to go to the bathroom and sun herself for a few minutes and then comes inside.  Somehow within the span of an hour she lost the crap out of that leash!  I searched EVERYWHERE!  It was hot pink and glittery ....not exactly discreet.  I searched the entire backyard and up and down the street.  She's no dummy....she made sure that thing would never be found.  Mo Mo had spoken.

Anyways, so her walking down the aisle was not an option but she still needed to be represented.  So here are the things that I came up with 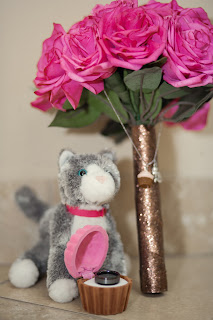 On my bouquet I had a little silver kitty charm (and a cupcake....but that's another story)  We also had a little stuffed kitty that looked like her.  I had one of my flower girls carry her down the aisle 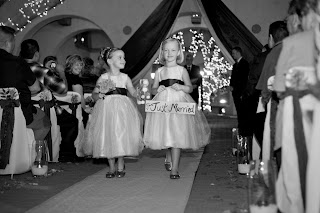 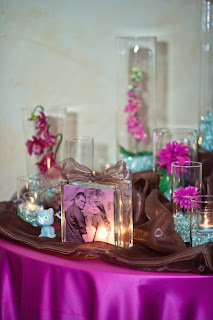 Also hidden amongst the candy buffet 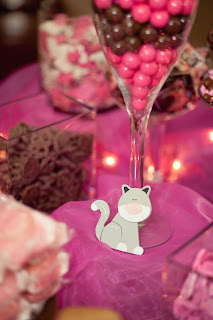 A picture frame on the bar 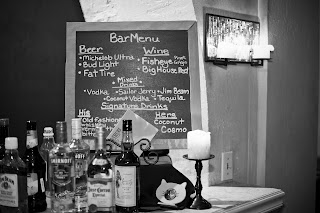 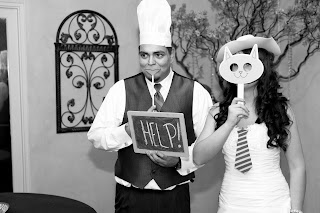 I missed her so much that when Tim and I ran home to change really quick before the after party the first thing I did was run in and kiss her.  Hubby snapped this picture of us. 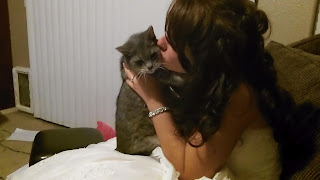