I bought all the stuff for it and in my crazy mind of mine I somehow really thought I would have time to make us killer costumes.....a mere 3 days before our big wedding (DIY wedding I might add)

Of course reality came along and gave me a swift kick in the ass and said "NOPE!"

I didn't have one but my dear seester Kinsey did.  (one of the big perks of having sisters)  Kinsey is a skinny bitch and the dress is an Xsmall.....I am not

I chose this small trash can I found in the garage.  I was probably closer to the size of our ottoman but I wanted to pretend I was more trash can sized.  It seemed less depressing at the time 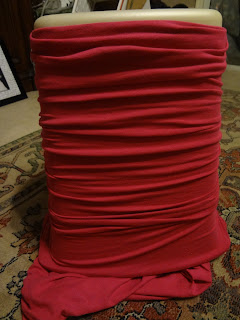 I think I bought 15 yards of the netting...but don't quote me.  It was a year ago...I don't remember 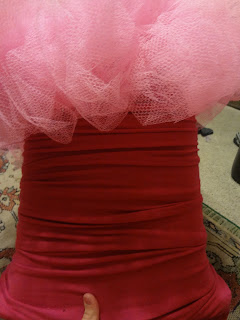 I started and then ended up taking off about the first five I did because I was over thinking it and lining it up too much. It looks much better if you just sort of fill in places more randomly and are less worried about it

It takes ALOT of safety pins.  More than I was expecting. In fact I made an 11:30 run to Walmart to get more because I was determined to get it done in one night

Here it is about half done.  I just scooted the dress up as I would finish sections until I got to the bottom 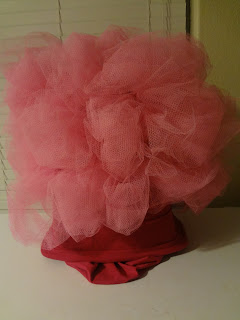 We decided on Irish Spring because it's such a classy soap of course.....or maybe because it seemed the easiest to duplicate.  You choose.

I apologize for the weirdly blurry, hazy cell phone pics 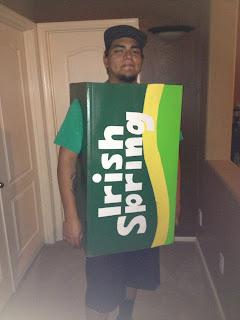 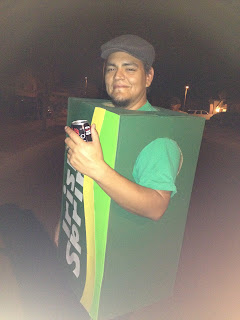 He makes a cute soap!

And here we are as a duo 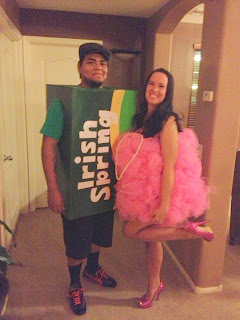 
And here I am with Katniss from the Hunger Games 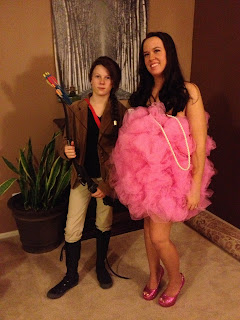 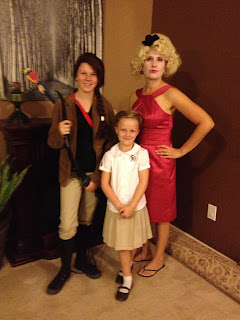 I was really happy we finally got to wear these costumes...even if it was 365 days later